January was a slow month for photography, but I thought I would share a few photos from a roll of Kodak Ultramax 400 film I used in the Nikon F6. There might be a few people curious to see what this film looks like. I added a bit of contrast where needed, but otherwise the photos are what the lab sent to me. 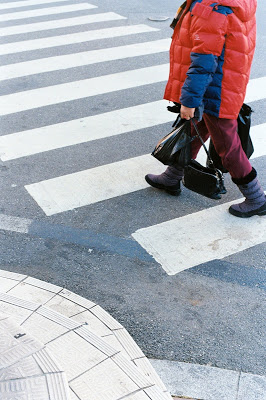 This film portrays head and heel-less women very well. I should have waited until a child passed by, but it’s not a neighbourhood where there are many children.

I like the pavement painting in front of the pots. This film has great colour.

Another example of the film’s bright colours. Reds seem to come out with a slightly orange-y. 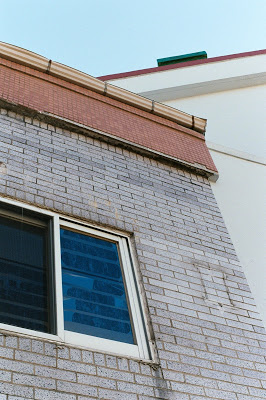 A jumble of buildings. This film is very sharp, though there is quite a bit of grain, especially in areas like skies. It might not look too bad up to 10×8, though. And how big do you want to enlarge holiday film anyway?

The missus in a pink phone box. 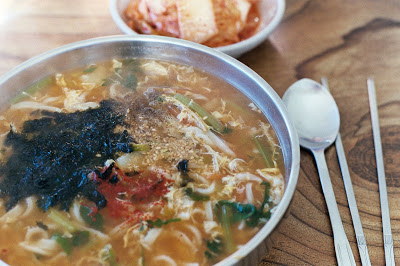 Dinner at the Samgeori restaurant not far from the city centre. Yum yum. 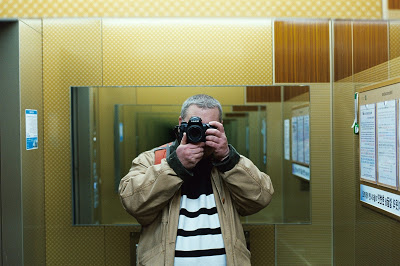 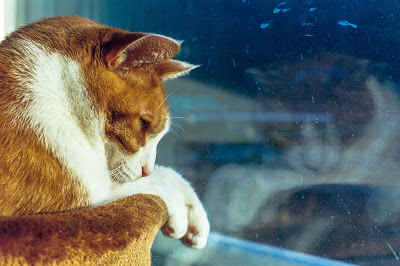 The last part of the roll was dedicated to kitty and his nose prints on the window.

Well, nothing spectacular, but you can see that this is a fine film for casual photography when out and about. I used it in mostly overcast weather and it might look even nicer in sunlight. The film is cheap, which is a nice bonus. Highly recommended for Film Fun days.